Marrow Man is Vitus, a juvenile officer with the Tellus County Sheriff’s Office by day and super human disease fighter by night.  Marrow Man was diagnosed with Fanconi Anemia when he was a young soldier in the National Guard serving in Afghanistan.  He was injured by shrapnel and was unable to heal from his injuries when doctors diagnosed him and told him he would need a bone marrow transplant. 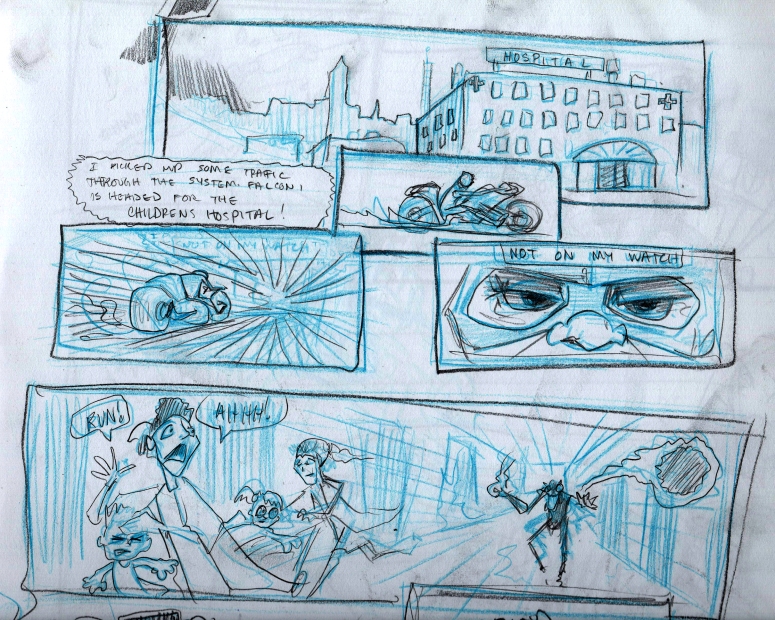 Because there was not a matching donor for Vitus he was forced to participate with Dr. Hans Eisen in a clinical trial of a special drug called Protein 31.  The hope for the drug was to enable transplants and transfusions to be successful with unmatched blood and stem cells.  The drug interacted with Vitus’s DNA to give him super human bone marrow.  Giving him incredible strength and endurance, he is immune to illness and disease and heals from injuries faster than a normal human can. 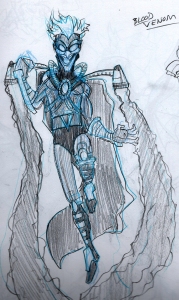 Discovering his ability Dr. Eisen works with Vitus to discover his abilities.   Dr. Eisen soon loses himself in his own ambition for Marrow Man’s ability and becomes Blood Venom, Marrow’s worst foe.  Marrow Man has a disease fighting trio the “trio extraordinaire” Trevor, Sable and Brooke.  They are three genius kids that are the engine behind Marrow Man’s mission.  If you want to know more pick up a comic!